History of our House

In 188o when the house was built it was known as Clach-na-faire (House of the Watching Stone) after the large boulder stone located within the grounds. The stone is believed to have been placed by the Picts 1,800 years ago to keep watch over a Roman camp positioned at Dalchampaig (Field of the Camp), now submerged under Loch Faskally.

In 1885 the house was sold to Sir Francis Boyd Outram, 2nd baronet and used by his family and friends as a summer holiday home. The photograph (right) shows Ethel and Balfour Bryant, children of Theodore Bryant the owner of Bryant and May Matches, during their family holiday at the house in summer 1885. 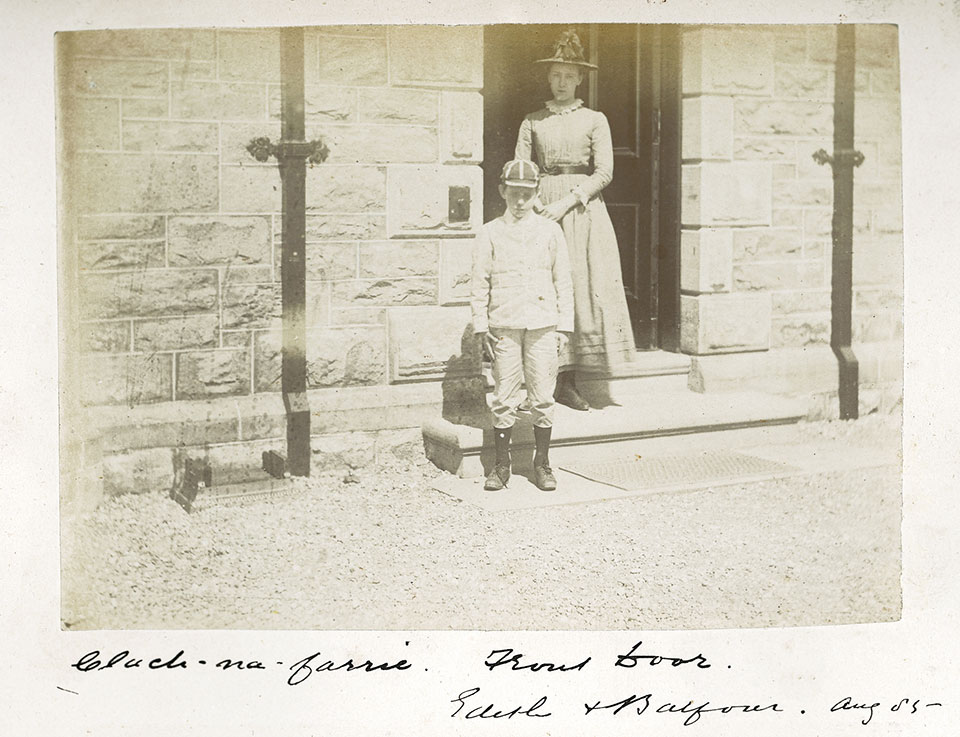 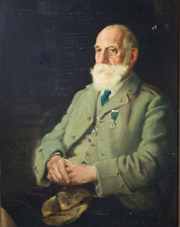 In 1913, John Henry Dixon of Dundarrach bought the house and wrote his renowned book, Pitlochry – Past and Present (a copy can be found in the breakfast lounge) while living here. A friend of Japanese author Natsume Soseki and Lord Baden Powell, founder of the Scout movement, Dixon took a great interest in local history and affairs and his obituary (Perthshire Advertiser 1926) described him as ‘a gentleman of wide culture and fine, genial personality…held in the highest esteem by all classes of the community.’

The next 32 years saw the house under the ownership of the Black family originally from Kirkpatrick Juxta, first John Little Black and then his daughter Elizabeth. Under Elizabeth’s ownership the house was occupied by the local solicitor and his wife during the early years of their marriage.

Upon Elizabeth’s death in 1951, the property was sold to Lawrence J Hunter L.D.S. initiating a connection with the dental profession which lasted until recently when my next-door neighbour retired. Mr Hunter divided the house in two, converting the rear of the house – the kitchen, the scullery, the laundry and servants’ lodgings into his home and dental surgery while retaining the original name of ‘Clach-na-faire’. The front of the house, the family part, became Northlands and since 1954 has been home to local doctors and Pitlochry Bank of Scotland Bank Managers.

In 1996, when sold by the Bank of Scotland, Northlands became the Duncan family home and, with the departure of our children to pastures new, we are delighted to offer our home as a place for you to stay when you visit this wonderful part of Scotland.