The History of Highland Games and Gatherings

The History of Highland Games and Gatherings

The History of Highland Games and Gatherings are believed to date back to the 4th or 5th century when competitive games for young men involving foot-racing.Games celebrations became a common feature of St Michael’s Day (September 29th ) festivities while other racing and athletics contests sprang up at fairs on other holy days as well as at cattle fairs on the quarter days of the Scottish calendar.

The Clan system that developed in the Highlands became a fertile ground for feats of strength among the young warriors and sporting contests were held at various times as well as the conclusion of military musters when they were called ‘wappinschaws’ The clans’ warriors used these events to test their physical prowess in the same way as modern soldiers engage in physical training. According to one source, it was at one such muster in 1574 that ‘tossing of ye barr’ (caber-tossing) first appeared on record.

All of this came to an end after the Battle of Culloden in 1746 when the mainly Highland supporters of Bonnie Prince Charlie were beaten in the last battle on British soil and all Highlanders were banned from bearing arms, playing the bagpipes, speaking Gaelic, wearing tartan and gathering in groups. 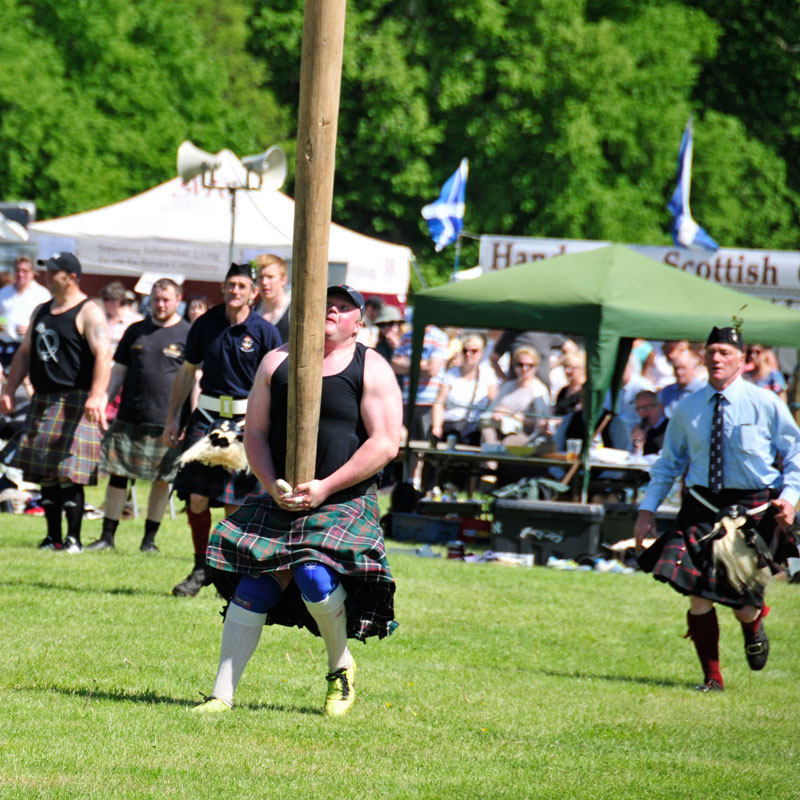 At the start of the 19th century, after the ban had been repealed, Highland Games became established annual events as part of the romanticisation of Highland culture amongst the British ruling class at the time. Queen Victoria attended her first Highland Games in 1848. When accounts from the games describe a programme of contests that are largely unchanged today: dancing, piping, lifting a heavy stone, throwing the hammer and running...

Happily, the more specialised pursuit of ‘twisting the four legs off a cow for which a fat sheep is offered as a prize’ does not feature in the more civilised repertoire of the modern games. This usually comprises running and jumping, throwing stones or hammers, tugs-of-war, tossing the caber, as well as a variety of piping and dancing competitions.